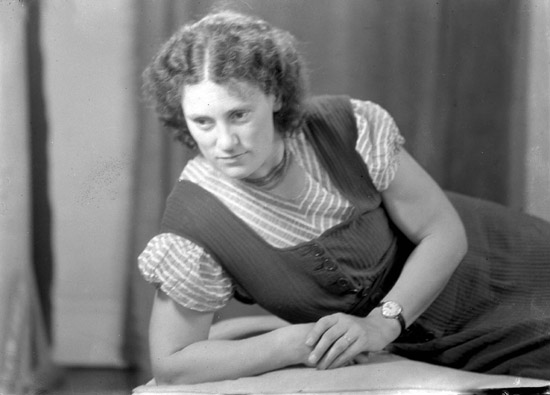 Lettice Ramsey, widow of Frank Ramsey, ( the mathematician and philosopher ) took over the studio in the early 1930’s and with her partner in Oxford, Helen Muspratt, they became the doyennes of Oxbridge Portrait photography.
In 1986 they were jointly the subject of a Channel 4 documentary on women photographers. Mrs Ramsey’s success at Post Office Terrace continued for over 40 years.
This part of the archive is the area which has thrown up the most problems. Owing to bad storage, much of the early work of the 1930’s ( on half plate nitrate negative ) had developed a patchy deposit on the negative surface, ( a sort of mould ) rendering them unprintable. After a deal of experimenting with different cleaning methods, I eventually found a way of getting them good enough to scan with minimal retouching in photoshop afterwards. I am pleased now to release the definitive collection.
About Archive
PreviousNext